Blending personalized health care with hospitality is a central theme of the Thrive facilities in Lisle and Aurora, which cater to patients — called “guests” by the Thrive team — ages 18 and older who are typically transitioning out of the hospital after an acute medical episode, said Lisa Henderson, regional director of business development.

Developed by Northbrook-based Innovative Health, each 52,000-square-foot center offers round-the-clock nursing care, in-house therapy, a restaurant-style dining area and 60 private suites that include individual bathrooms and other amenities. The goal is to ensure guests feel comfortable and safe during their inpatient recovery process as they prepare to return home, Henderson said.

“This is not a hotel. We’re here to provide health care,” she said. “But when you have guests at the center focus, it’s all about their experience and what they’re going through and helping them get back to where they need to be, not just physically, but sometimes mentally.”

The Thrive concept is roughly six years in the making, said Brad Haber, principal and co-founder of Innovative Health. Replacing the age-old Winchester House in Libertyville, the brand’s first state-licensed facility in Mundelein — called Thrive of Lake County — opened this summer with 56 beds for long-term residents, 50 for memory care patients and 79 for short-term rehab.

Thrive of Lisle at 2850 Ogden Ave. started accepting its first patients in June and received its official Medicare certification in July, Henderson said. The Aurora facility, Thrive of Fox Valley, is expected to open in the coming months at 4020 E. New York St.

Costing upward of $20 million each, the Lisle and Aurora centers are unique in that they only offer short-term care, resulting in high patient turnover and allowing employees to focus on specialized but efficient services, Haber said. And rather than outsourcing workers, Thrive hires its own in-house staff, including nurses, dietitians and physical, occupational and speech therapists.

“It’s a changemaker. It’s different than what people are expecting,” he said, noting each facility could serve an estimated 700 to 800 guests per year. “It’s not a new industry. We’re just changing how it’s done.”

Those in need of short-term rehab vary in age and diagnosis, Henderson said, pointing to examples of heart attacks, tracheostomies or surgeries, planned and unplanned. Though patients will always have a choice of where they

want to undergo rehab, she said, Thrive is partnering with hospital systems and other health care providers to help make the transition and communication process easier.

Guests will typically know within a day or two of admission how long they’ll need to stay, Henderson said. On average, it’s about two to three weeks, though Medicare covers up to 100 days if needed. “Knowing when you’re going home from the moment you arrive pretty much sets that positive tone for the whole stay,” she said.

The devil was in the details when it came to designing the centers, from the wood-fired oven in the kitchen to the large therapy gym to the piped oxygen, medicine cabinets, refrigerators and private bathing suites with walk-in showers in every hotel-style room, Haber said. The setup and state-of-the-art equipment are suitable for providing COVID-19 relief to hospitals, should the need arise, he said.

“Everything we’re doing is designed for the customer experience,” Haber said. 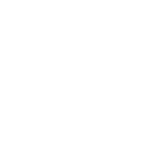